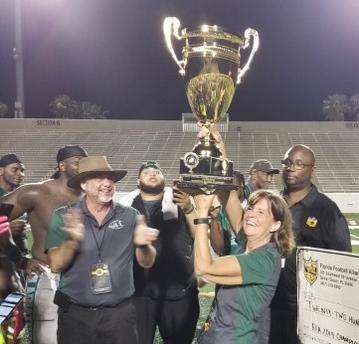 Rose and Derek are life long football fans and have been involved in the sport starting at Pee Wee ball up through High School and now in Adult Minor League.

Rose was the Secretary of the Woodinville Jr. Falcons and Derek was the President and coached defense on 2 different teams

Later on Rose was the President of the Clearwater HS Booster Club and Derek was the JV Defensive Line Coach.

When the Bradenton Gladiators and the Sarasota Millionaires ceased operations in 2014 several Gladiator players asked if Rose and Derek would start a team. Hence the Southwest Florida Gladiators were born.

​The Gladiators won the FFA Championship in 2015, their inaugural season. A feat never done before by any team.

​In 2017 the Gladiators posted an undefeated regular season.

In 2018 the Gladiators once again won the Alliance Bowl and were FFA Champions.

In 2019 the Gladiators won the Alliance Bowl again and became back-to-back FFA Champions.

​2021 was a history making year. The Gladiators did what many thought was impossible and that was to win 3 championships in a row. The Gladiators pulled off the hardest thing in sports, the 3 Peat!

Head Coach and Co-Owner of the Gladiators, Gerald Perry. 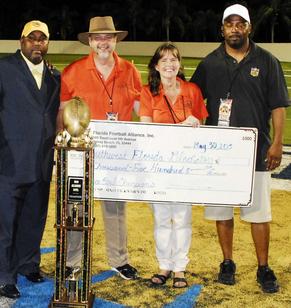 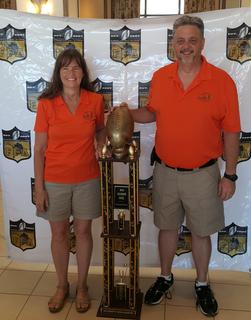 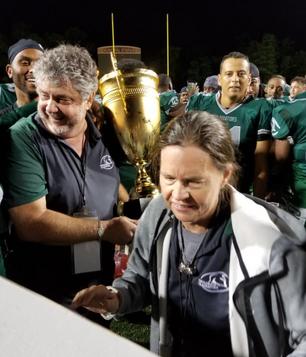 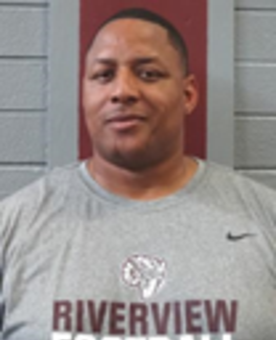 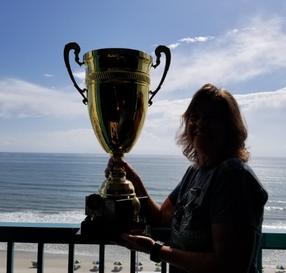 The Southwest Florida Gladiators have announced the appointment of a new director/co-owner from within their organization. Gerald Perry has been promoted to the position of Director/ Co-owner.

“He represents everything we aspire to be in a football organization. He has a remarkable understanding of the players, their reaction and the game and is well respected.” Says Derek Greenwood, CEO of the Southwest Florida Gladiators.

Gerald Perry is a Sarasota native and Sarasota High graduate with local ties to the Manatee-Sarasota area. He has 15 years of experience as a mentor/coach with leadership and motivational skills. Coach Perry has been with the Gladiators for many years and has become a student of the game of football. Plus, with his experience as the assistant Head coach and Defensive Coordinator of Sarasota Riverview High School, Coach Perry has the talent and leadership to continue the Southwest Florida Gladiator's success.

“I’m Blessed, this is a special team, an incredible opportunity, and a big thank you to the Greenwoods for bringing me into ownership. We will as an organization, lead a disciplined and determined path and continue to build on our success.” Perry said. 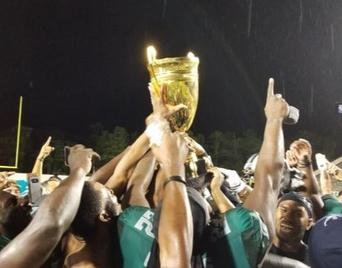